Softball Secures Their Second Win of the Season on Senior Night 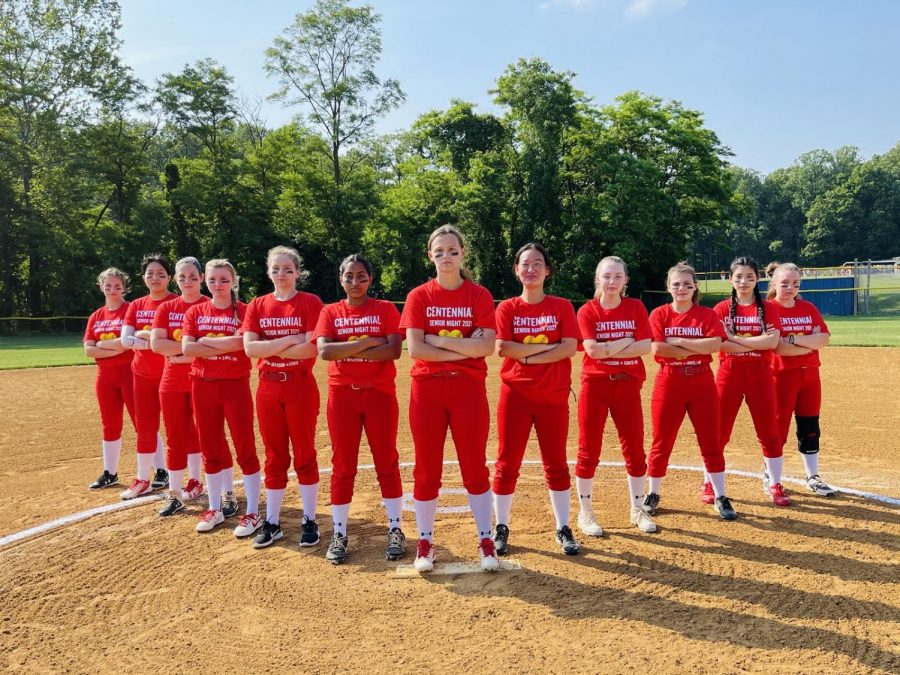 Tuesday, May 25th, was a great day for the Centennial softball program. The Eagles won against the Oakland Mills Scorpions on their senior night with a score of 17-3.

Seniors Delanie Tucker, Kiran Vepa, and Seohyun Park were recognized for their leadership and hard work this spring season.

“It hasn’t been an easy season, so it was good to get a win on a night that meant a lot to the three of us graduating,” Tucker mentioned.

“My teammates really made this year fun even with everything going on, so I am very grateful,” added Vepa.

Tucker also caught a fly ball in center field and made a double play at second.

Senior, Seohyun Park, played all four years and will miss “all the great friends and memories.”

“I would like to thank my supportive, fun coaches who taught me so much about a sport that was new to me starting freshman year,” Park expressed.

Their last and final game of the season will be Tuesday, June 1st, at 5:15pm. They will be battling against the Howard Lions (8-2) at home. Centennial will not be competing in this year’s state playoff tournament.