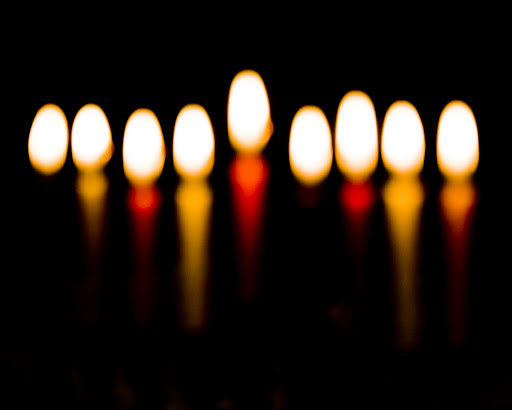 Cue the Dreidel Song, because Hanukkah is here. Following the Jewish calendar, Hanukkah falls on a different date in the secular calendar every year. Starting on November 29, the holiday is celebrated for eight days, ending on December 6 this year.

Hanukkah translates to “dedication,” and is also known as the “festival of lights.” Historically speaking, it is the celebration of freedom.

According to history.com, “Around 200 B.C., Judea—also known as the Land of Israel—came under the control of Syria. Ancient sources recount that they outlawed the Jewish religion and ordered the Jews to worship.” Thousands of people were killed and the city’s holy Second Temple was destroyed. A rebellion from the Jews began, led by Judah Maccabee whose followers were referred to as the “Maccabees.” Within two years, the Jews had successfully driven the Syrians out of Jerusalem.

As the story goes, the fighting resulted in all the temples being destroyed. In the process of cleansing the Second Temple, the Jews only had enough oil to keep the menorah’s candles burning for a single day. However, a miracle occurred and the flames continued flickering for eight nights. This event inspired the Jewish sages to proclaim a yearly eight-day festival. Traditionally, families celebrate with the lighting of the menorah; one candle each night to represent the eight days.

Centennial students shared their experiences with the holiday. Sarah Blackman, a Jewish senior at Centennial, said her ”favorite part [of hanukkah] is lighting the candles,” because it is “the one time of day [that they] can just relax and appreciate each other.”

Jewish Senior Aaron Sorak’s family has “the youngest person light the menorah on the first night and then go from there for the rest of the nights.”

There are also traditional foods such as latkes and games like spin the dreidel. There are also typically gifts exchanged, although traditions vary from family to family. Roni Rozenberg, a Jewish freshman, explained a night of Hanukkah for her family: “A night of Hanukkah is really fun. After everyone has dinner we gather around the table and say the prayers and light the menorah. We always eat jelly and chocolate filled donuts.”

Jamie Gabel, a Jewish senior, has a unique tradition with her family as well. “We have a big family party every year where we light the candles, sing songs, trade gifts, have a big white elephant, and eat lots of carbs!”

The celebration of Hanukkah is different for everyone; however, the meaning stays the same, honoring history and including time well spent with family and friends.

Sorak explained, “we’re not the most serious religious family but we understand the meaning of the holidays and try to observe them to the best of our ability.”