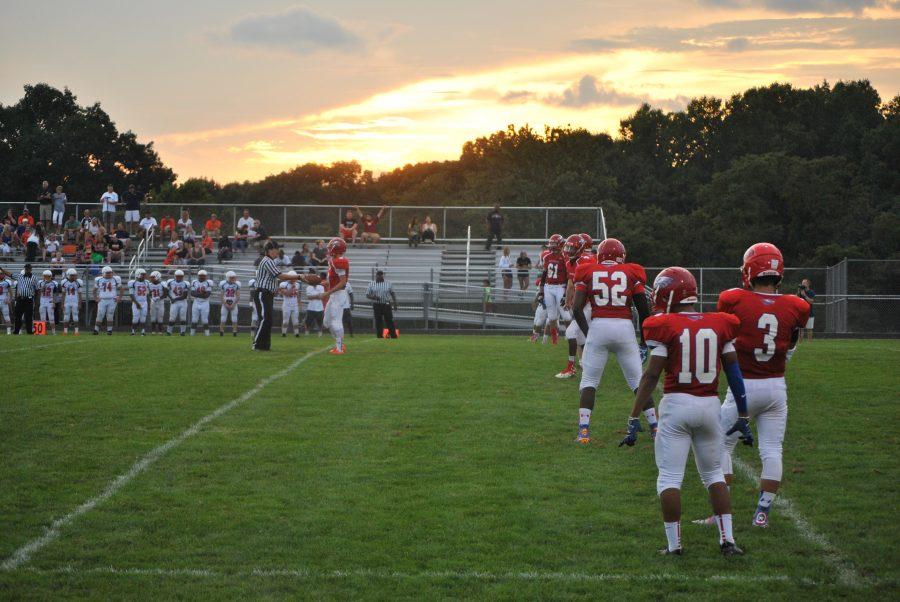 The opening kickoff put the Gators back by their own goal-line thanks to an impressive play by sophomore Justin Taylor. The Gators had the ball for the majority of the first quarter. They were penalized countless times and held the ball for almost eight minutes.

The Centennial defense finally got a stop, forcing a turnover on downs at the four minute mark. However, the defense’s break was short lived as the Eagles turned it over on the very first play. Reservoir took advantage of the excellent field position and scored the first touchdown of the game.

The score was 7-0 going into the second quarter, but that didn’t hold very long. The Gators scored on the very first play of the quarter to increase their lead by another 7 points. The visiting offense seemed to be gaining yards fairly easy at that point. About 4 minutes after their latest touchdown, the Gators went to the air to pick up their next 7 points, and then scored again on a quarterback sneak 4 minutes later. At the half, the Gators were up 27-0.

The 2nd half was more of the same for both teams, but the Eagles continued to fight admirably with all they had. Senior Kody Clark, and juniors David Phelps, Brian Johnson and Darius Baker along with the rest of the defense would not go away without a fight. They would not give up on any play and put their all into the game. However, the Eagle’s offense couldn’t get any momentum and the visitors found the end zone on a pitch out in the third quarter to tack on more points, and extend the lead to 34-0.

The fourth quarter resulted in another touchdown for the Gators, which would be the final time either team scored in the game. The final result was 42-0 in favor of the Gators. However, the Eagles have lots to build on and will look to improve on that.