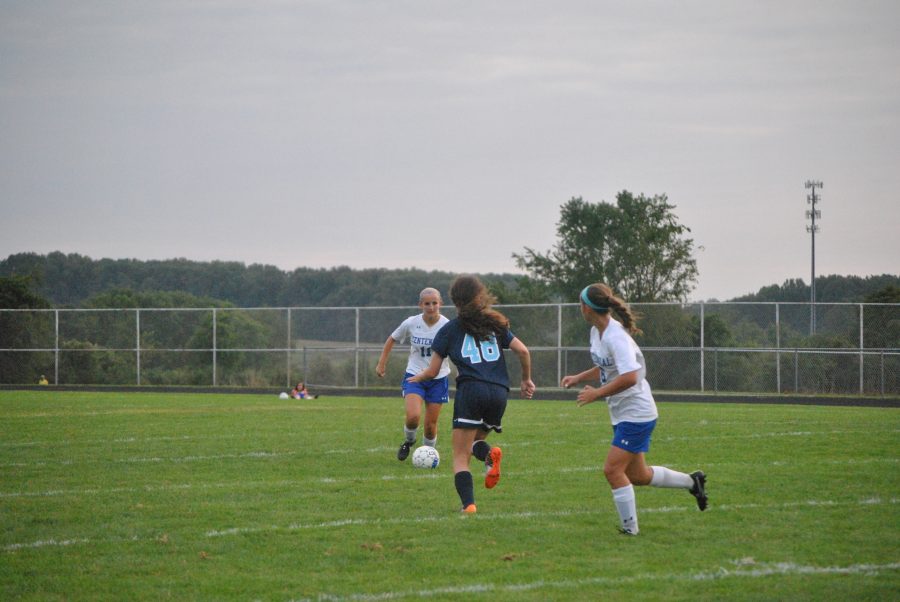 The girls’ varsity game was a tight game.  At the half, the game was tied 0-0, but Howard scored with 33 minutes left to push ahead.  However, Centennial’s Kelly Dunagan and Anna Mitchell scored two quick consecutive goals to take the lead of 2-1.  With only 3:47 left, Howard managed to tie the game, and it went into overtime.  The two teams battled, but Howard managed to score the first goal, and they went down 3-2.

The Varsity boys and the JV girls did not fare much better.  Both teams lost 4-1 to Howard.  Only the JV boys were able to pull out a win, beating Howard 2-1.