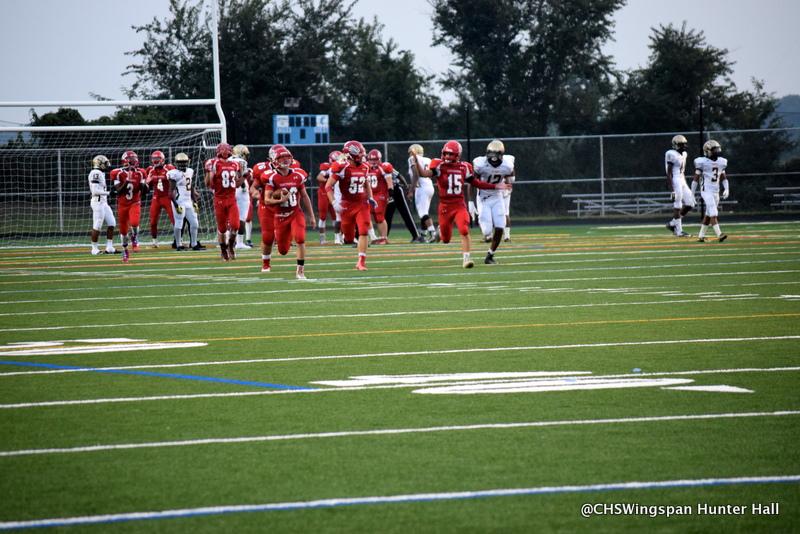 On Friday, September 4, the Centennial Eagles football team took on Hammond High School. This was the football team’s first game on the new turf. Centennial JV football played at 4:30 and pulled out an impressive 25-0 win. They showed an impressive amount of talent that should have the varsity coaches excited for the years to come.

At 7:00 the varsity football game kicked off. One could feel the energy and excitement coming from the Centennial bleachers. Although Centennial lost, there were glimpses of greatness. Centennial forced multiple fumbles that gave them momentum against the Hammond offense. The offense also showed their versatility by utilizing the run and pass options. Even though Centennial came up short 40-0, they showed their potential.