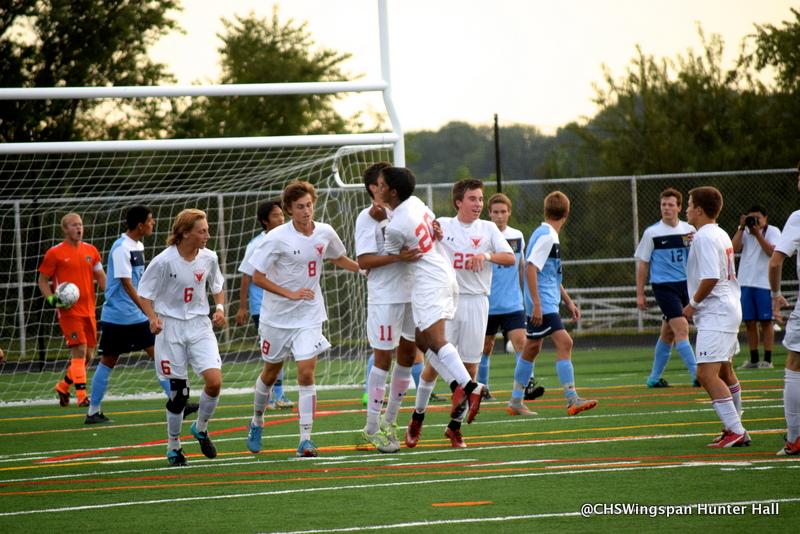 The game started off as a defensive battle as both teams were struggling to get good offensive movement. Senior goalie EJ Fowler along with defenders Tom Brown, a senior, and Ryan Maher, a junior, kept River Hill from getting many shooting opportunities.

With less than 10 minutes left in the first half, Merkey got on the end of a cross and rocketed the ball into the far side of the net.

The Eagles ended the half leading the Hawks 1-0.

As the second half progressed, the score was kept at 1-0. With time winding down, the Eagles held the Hawks in their defensive third with high pressure from the midfields and forwards. Atmar was able to get his head on a high ball and aimed at the goal. The impressive header slipped past the goalie and the score was 2-0 with five minutes left in the game.

Though down by two goals, River Hill’s offense pressured hard. The Centennial defense stepped up and stopped the Hawks’ relentless goal attempts. Fowler made countless saves, including a one on one opportunity from a River Hill striker. In addition to Fowler, senior Phillip Vea, along with Brown and Maher held the score at 2-0.

This is a huge win for the Eagles soccer team. Following this win, the team is undefeated in the county and is on track to make a run at the county title.