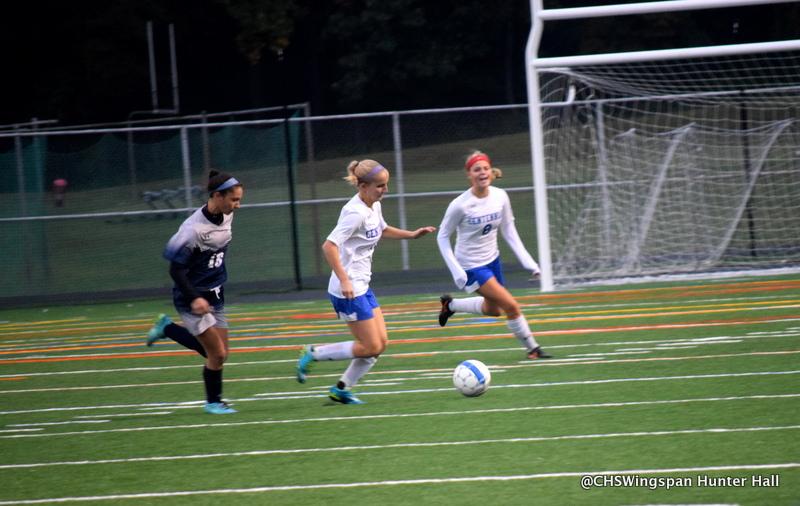 Words: Michael Moore
Photos: Hunter Hall
On Thursday, October 1, Centennial Girls’ Soccer took the field in the rain against Marriotts Ridge. In need of a win, Centennial came to play, earning a 4-1 win over the Mustangs.

The first goal for the Eagles came from freshman Mckenna Griffin less than five minutes into the game. Griffin, along with seniors Reese Western and Jesse Dunagan, and juniors Jasimine McCree and Sandy Eichhorn, helped the Eagles dominate the time of possession battle in the early parts of the first half.

The defense held off the Mustang’s offense for most of the half. Seniors Megan Oliver and Lynsey Reckard, along with junior Cristina Narron locked down the opposing offense.

The Mustangs put a long range shot into the back of the net with under five minutes left in the half, but Griffin would answer with her second goal of the game off of an assist from Western three minutes later, taking a 2-1 lead into halftime.

That lead turned into 3-1 when a shot from sophomore Kelli Dunagan bounced off a Mustang defender and into the goal less than five minutes into the second half.

McCree would put it at 4-1 off another fantastic assist from Western at the 23 minute mark to put the game away.

With this meaningful win, they team will look for another win against Hammond on October 6.