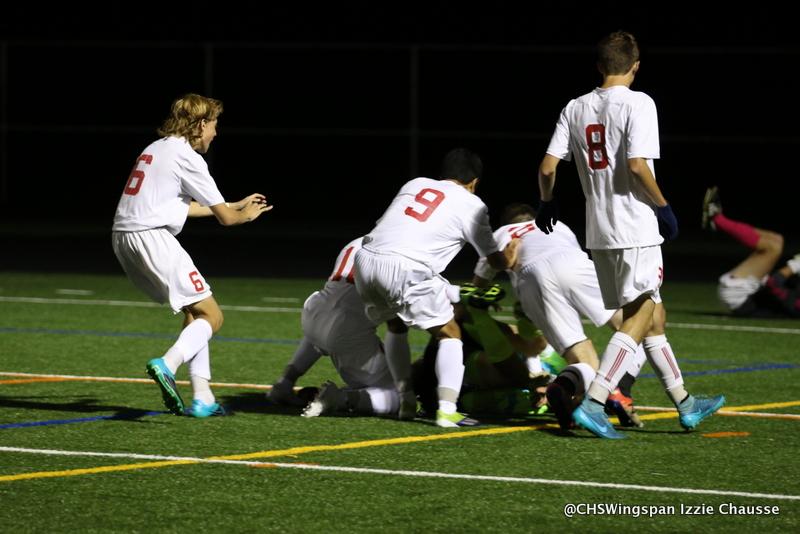 On Thursday, October 29, the Centennial Boys’ Soccer team took on the Wilde Lake Wildecats in the first round of the state playoffs.

From the opening whistle, the game was neck and neck. While Centennial controlled possession for most of the game, the Wilde Lake goalie kept the Eagles out of the net. Senior Michael Merkey and junior Paul Drutch led the offensive push, with seniors Bobby Nasafi and Savya Konkalmatt helping from the midfield.

The first half ended in a 0-0 tie, with both teams trying to break through.

The second half was much of the same for both teams. The Eagles generated good offense, but could not find the back of the net.

When Wilde Lake did get a breakaway, the defensive duo of seniors Tom Brown and EJ Fowler denied any chance, with Fowler making great plays as the goalie.

The second half would end just the same as the first half, in a 0-0 tie. The game would go into two ten-minute overtime periods, both of which saw no goals being scored.The two teams who had battled it out for 100 minutes went to penalty kicks to decide the winner.

Merkey, Nasfi, and junior Justin Breedlove converted on their first three attempts. After Wilde Lake had made their first two shots, they sent their third player to the box. With the crowd loud and the game on the line, Fowler made a huge stop and the Eagles were close to victory. Konkalmatt was the fourth player to come up for the Eagles. The crowd went silent as he blasted the shot into the net.

The game was on the line as Fowler went back to the goal. The Wilde Lake player set up, and hit the post. The game was over. The fans rushed the field and the team tackled Fowler as everyone celebrated a hard fought win.