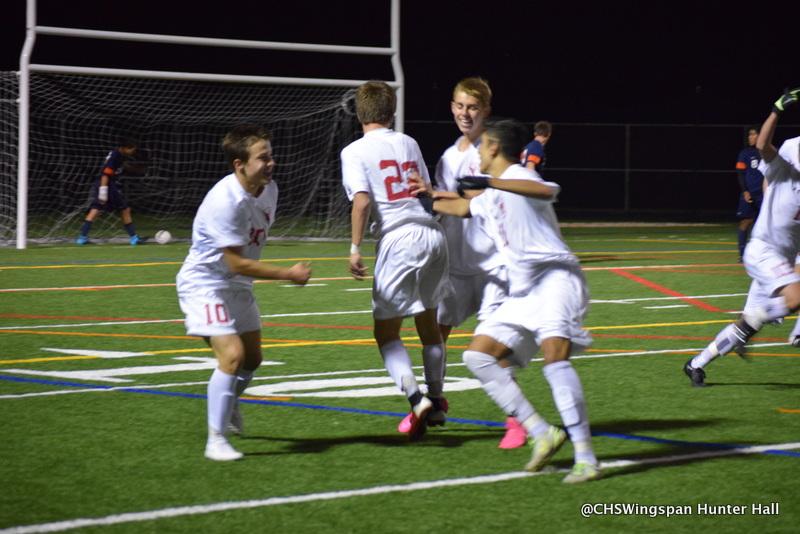 Words: Michael Moore
Photos: Hunter Hall
On Tuesday, November 3, the Centennial Boys’ Soccer team took on the Reservoir Gators in the second round of the state soccer playoffs. A strong second half performance by the Eagles offense provided them with a 3-0 victory over the visiting Gators.

During the first half, the Eagles’ offense dominated with senior Michael Merkey and juniors Paul Drutch and Ammar Narmouq leading the attack. They were not able to find the back of the net however, with the Reservoir goalie making many key saves in the first half. Seniors Bobby Nasafi and Savya Konkalmatt, along with juniors Justin Breedlove and Noah Taylor, provided assistance to the offensive charge.

On defense, the Eagles were led by the direction of seniors EJ Fowler and Tom Brown.

In the second half, the scoring came fast and furious. Merkey blasted the ball into the net quickly followed by a goal from junior Shawn Atmar. Junior Narmouq added an insurance goal to put the game out of reach for the Gators.

With this win, the Eagles move on to play Mount Hebron on Thursday, November 5, at 7pm.