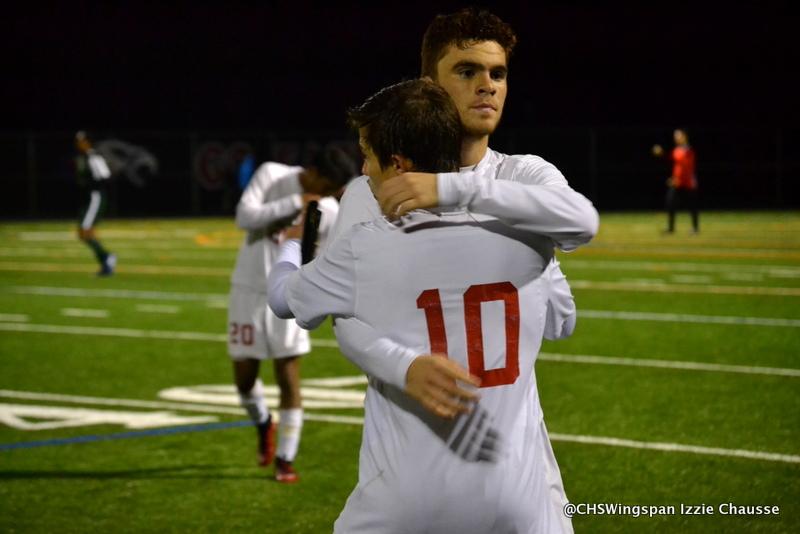 At the beginning of the game, the Raiders came out hard and fast, and were able to put two goals on the scoreboard in the first 15 minutes. The Eagles had many opportunities, but were not able to finish throughout the game.

At the end of the first half the Eagles were down 0-2.

Entering into the second half, the Centennial defense cleared many of Atholton’s attempts to score. Senior Michael Merkey and junior Ammar Narmouq generated many chances for Centennial to score, but the shots went wide. Atholton scored the third and final goal of the game in the last ten minutes. The Eagles lost 0-3.

Though their playoff run may be done, the Eagles had a successful 8-3 season.