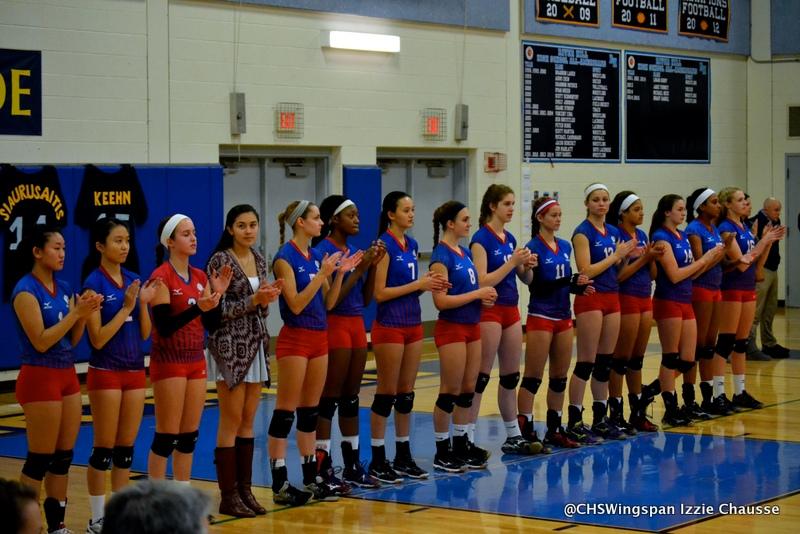 After a valiant effort, the Eagles fell to the Hawks in 4 games, losing 3-1.

After a competitive first set, the Hawks powered through for a 25-23 victory over the Eagles.

The second set belonged to the Eagles. Behind senior captain Emily Allen, they were able to grind out a 26-24 win.

The Hawks would find a rhythm in the third set, coming out on top 25-17 and setting the stage for a do or die final game for the Eagles.

The Eagles came out on fire, racing out to an 11-3 lead behind senior Taylor Anderson and juniors Rachel Mathew and Camryn Allen.

Unfortunately for the Centennial team, it was the Hawks night to shine, as they came soaring back to take the final game, and the match, 25-20.

Although the season didn’t end the way the team had hoped, head coach Michael Bossom led the team to an impressive season.