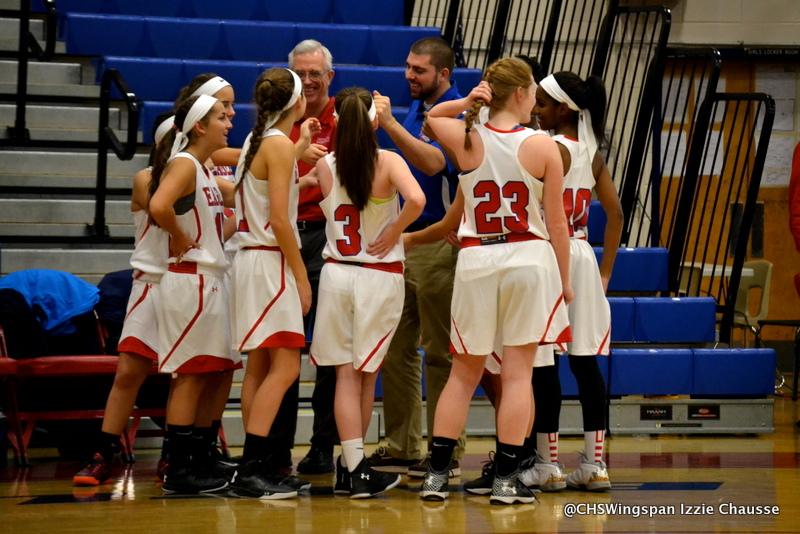 Words: Sandy Eichhorn
Photos: Izzie Chausse
The Centennial’s Girls’ Junior Varsity Basketball team has had a stellar 9-0 start to the 2015-2016 season. On Friday, January 8, 2016, the Eagles defeated the previously undefeated Atholton Raiders by nine points. The team as a whole has impressed the fans with their ability to play so well together. Following the Eagles’ impressive win, they continued to practice hard, and on Wednesday, January 13, 2016 they won against Wilde Lake 54-26

Sophomore Mary Grace Lambert said, “We click much better [than we did last year], and play together as one. I think that’s what brought us our success.”

Lambert played on the JV team last year, which struggled to win games. The team has put in a lot of hard work and frequently holds shooting practices which have helped the players get confidence in their shots, which translates to points on the scoreboard.

Lambert also attributes their success to the close knit group the team has become.

“What really helps is that [the team is] really good friends outside of basketball, which is why we gel so well on the court,” said Lambert.

The Eagles hope to extend their undefeated streak as they take on the Mount Hebron Vikings on Friday, January 15, 2016.