Boys’ Basketball Defeats Wilde Lake in Third Round of Playoffs 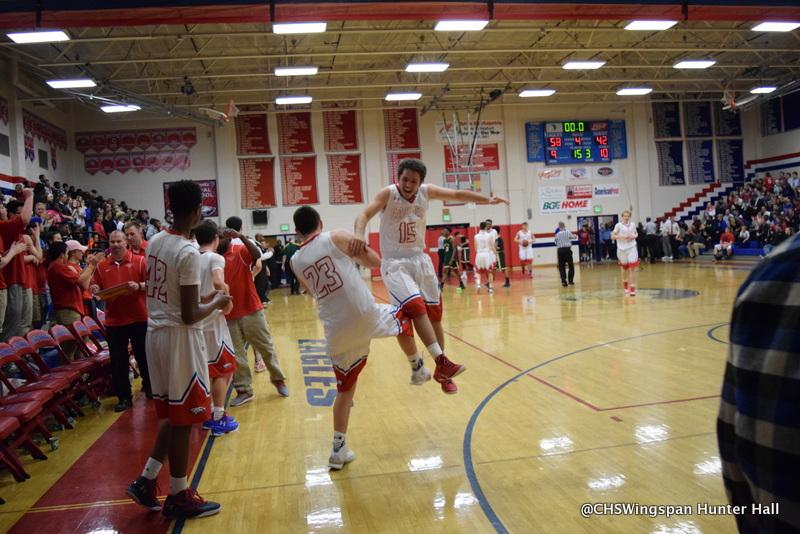 Words: Michael Moore
Photos: Hunter Hall
On Wednesday, March 2, the gym at Centennial High School was packed with students, parents, and fans for the Regional Semi Final game between the Eagles and the Wilde Lake Wildecats. The Eagles impressed the crowd and came back to win the game 58-42.

The Eagles struggled to hit shots outside the paint, so the offense began looking into the post for points around the rim. Sophomore Kaleb Addisu was a force inside, finishing consistently.

With the Eagles down by three at the half for the second straight game, the team came out of the locker room fired up. Senior EJ Fowler and junior Elijah White, along with Brown, Addisu, and senior Michael Merkey, led the play for the Eagles. The Eagle defense pressured the Wilde Lake offense and made them take hard shots.

The Eagles move on to play Stephen Decatur on Friday, March 5.