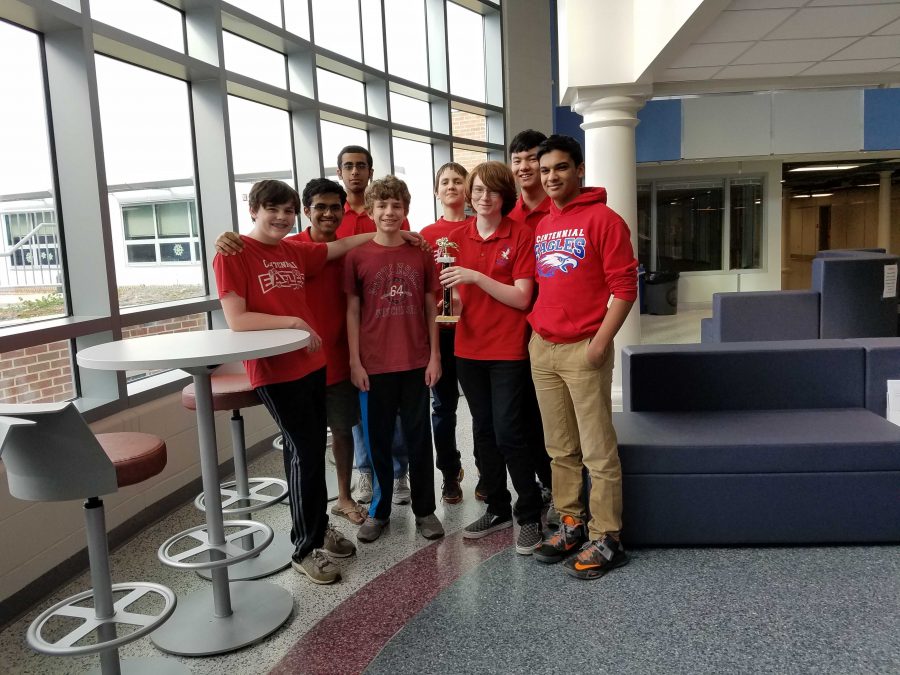 Photo Contributed By It's Academic

Next Saturday, April 9, Centennial’s It’s Academic team will compete at the Richard Montgomery Tournament, and on Sunday, April 10, Centennial will be hosting 34 middle and elementary school teams for a student-run QuizBowl tournament.

The following week, the teams will take part in the Johns Hopkins Tournament, and on the weekend of April 23, five of Centennial’s teams will be competing in the History Bowl National Tournament in Crystal City, VA. Additionally, It’s Academic will film its semifinal round for the TV Tournament, scheduled to take place on Saturday, April 30.