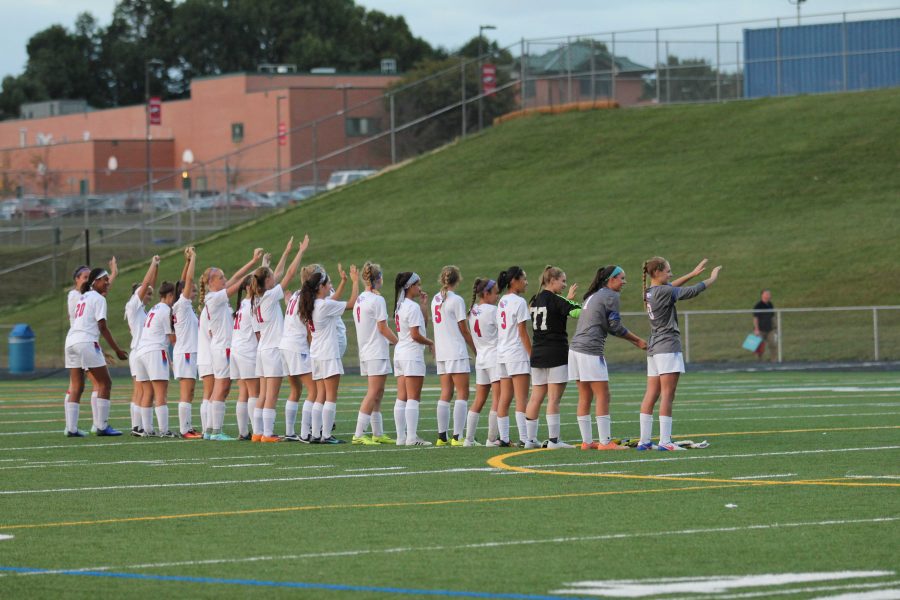 On Friday, September 16, 2016, the Girls’ Varsity Soccer team lost their first game of the season, 1-0, to the Howard Lions.

The beginning of the first half was dominated by the Centennial offense. With a merciless defensive side stonewalling Howard’s goal attempts left and right. Centennial’s strong offense was led by juniors Kelli Dunagan, Kirsten Wikner, senior Jasmine McCree as well as help from sophomores Ashley Molz and Mckenna Griffin.

By the half, the Centennial defense led by junior Claudia Piltcher had fought off Howard’s many attempts to score, and went into halftime tied at 0-0.

The Eagles came out strong in the second half, determined and unforgiving on the Lion’s defense. Despite Centennial’s energy, Howard was able to score off a corner kick at the beginning of the second half, making the score 1-0.

While Centennial dominated for the majority of the game, and put 28 shots on goal, they were unable to make it onto the scoreboard.

The Eagles will face off against River Hill High School on Tuesday, September 20.