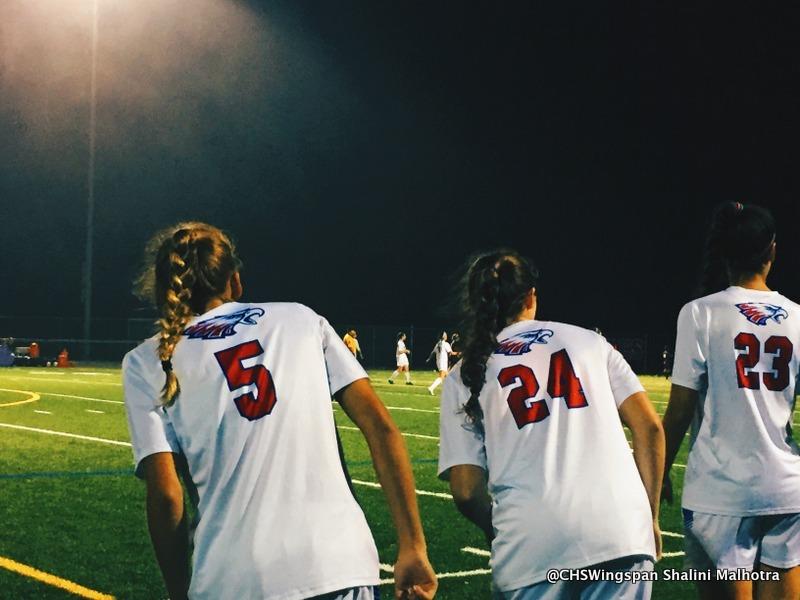 The Eagles came out strong in the first half scoring twice. Junior Kirsten Wikner scored very early in the game to give the team a crucial early morale boost.

Senior Jasmine McCree had 2 goals, and senior Cristina Narron had one goal to secure the victory 4-0.

After the game Narron said, “It feels good having not only won, but also scoring my first goal of the season was great.”

The next game is on October 4, at Mount Hebron.