On Sunday, November 15, the Centennial Boosters will be holding the fifth annual 5K Turkey Trot. The check-in time is at 7:00am and the race will begin at 9:00am.

“The annual Turkey Trot is a fundraiser and promotion that will go to benefit all CHS extracurricular sport teams, clubs, and student organizations,” said Craig Newell, president of the CHS Boosters team.

According to Newell, the event has raised an average of more than $40,000 over the last five years. This year, their goal is to raise the same amount as previous years.

Pre- registration is open with $25 per runner, but the price will move up to $30 after Friday, November 13.

Newell stated that there were about 80 runners last year, and “[they] hope to have at least that many this year.”

“It is a fun activity that strives to bring the Centennial community together to promote exercise and an active, healthy, lifestyle,” Newell concluded.

On Saturday, October 24, the Centennial It’s Academic TV team defeated Old Mill and Carver Center 655 points to 435 and 320, respectively. The TV team consisted of captain and senior Gary Tse (who returns after his Superbowl-winning performance last May), senior Kevin Costello, and junior Siri Neerchal. On January 9, 2016, the tournament will air at 10 A.M. on channel 13, WJZ TV CBS Baltimore.

The team’s next TV taping for the first playoff game will begin on March 1. They have many upcoming competitions, including the Georgetown University Invitational on Halloween and the History Bowl at St. Anselm’s Abbey School in November.

In the largest regional tournament in the country, Centennial will host over 80 teams on Sunday, November 8.

It’s Academic is grateful for the performance on TV by Centennial’s Drill team, who is reliable and professional. It’s Academic thanks the administrators, especially Assistant Principal Andie Roberson who appeared on the TV show, and the Centennial Boosters.

“This level of success would be impossible without their financial support,” director Eric Seifter commented.

Centennial held its annual Back to School Night for parents on Thursday, August 27. Centennial’s Marching Band, Drill Team, and Color Guard kicked the night off by performing a multitude of songs ranging from Lady Gaga’s “Poker Face” to The White Stripes’ “Seven Nation Army.”

After the performance, parents headed inside to the main hallway for a gallery walk. The Centennial Boosters, PTSA, and many of Centennial’s clubs had booths set up to inform the parents of their respective organizations.

Following the gallery walk, parents went to a Naviance Open House, learned about the Boosters and PTSA, and met the administration. Parents then traveled the school, going to their kids’ classes period by period. There they met the teachers and learned about the basics of each subject. 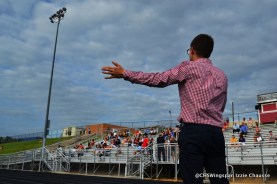 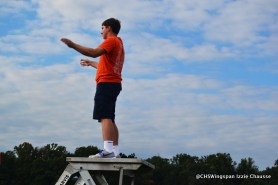 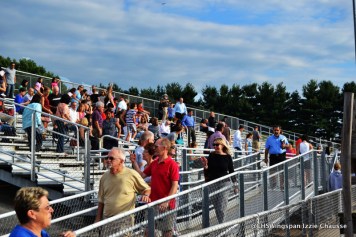 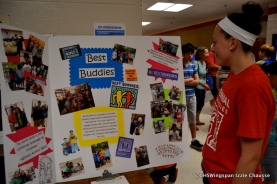 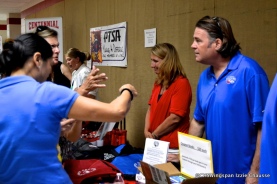 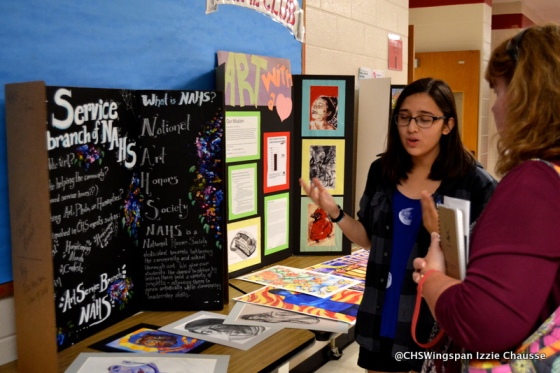 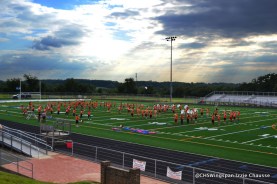 Over the summer of 2015, the Centennial Boosters and the Athletic Department will be holding various instructional sports camps. These camps are run by Centennial coaches and players, and are for students in elementary and middle school.

The boys’ basketball team will be holding two sessions of their camp. The first one is June 22 – June 26. The second session will be July 6-July 10, which will be held from. The camp is run by the coaching staff and is one of the most popular Centennial camps.

The girls’ basketball camp is from July 13-July 17. The camp will be held at Centennial High School and is run by the coaches and returning players.

They boys’ and girls’ lacrosse camps will be held June 29-July 3. They are run by the varsity coaching staff of both teams, current players, and alumni. Both camps are from.

The cross country camp will have two different sessions. The first session will take place from June 22-June26, and the second from July 27-July 31.

The soccer camp will be held from August 3-6 and will be held at Centennial High School. The camp is run by the girls’ head coach and returning varsity players.

The softball camp will be on June 22-June 26. The camp works to develop softball skills and provides a way for incoming freshmen and younger players to meet the coaches.

The volleyball camp will be held from July 20-July 23. This is the first year that Coach Bossom has had a camp, and the camp will be great for players working on their fundamentals.

These camps are a great way for athletes to gain valuable knowledge from experienced coaches. It also gives the coaches a way to scout players that will be coming in the future.

More information can be found on the boosters website:

On Tuesday, June 9, Centennial’s new electric sign was installed in the front of the school. The sign was generously donated by the Centennial Boosters. The previous sign had to be replaced because it needed repair and was outdated.

According to Boosters member Michelle Berry, the Centennial Boosters are facing a busy week with Homecoming fast approaching.

The Centennial Boosters is a non-profit organization that is run by volunteers. They sell spirit wear, and they run the concession stands at sporting events. This week, they will be selling their wares during lunch, outside the cafeteria. The Boosters will make an appearance at Back to School Night, and they will be in business all day on Homecoming.

Centennial sports’ spirit wear is not sold by the Boosters, but what they sell can be worn to games. This includes their new item, the Centennial temporary tattoos. These cannot be worn in school or while playing a sport, but the Boosters are promoting them as something to be worn by the fans. They will be sold at sporting events along with sweatpants, sweatshirts, T-shirts, and other items. The profits go towards extra- curricular events including Drama, sports teams, Wingspan, and After Prom.

“Support the Boosters and you’ll support all after school activities, not just the athletics,” says Michelle Berry. Support can be shown by purchasing items from them or by becoming a member. The only requirements for membership are to be a Centennial parent and to give a donation. The Boosters can be found at many after school activities, but they also have a website (centennialboostersonline.com) where jackets, dry fit polos, and other spirit wear can be purchased.