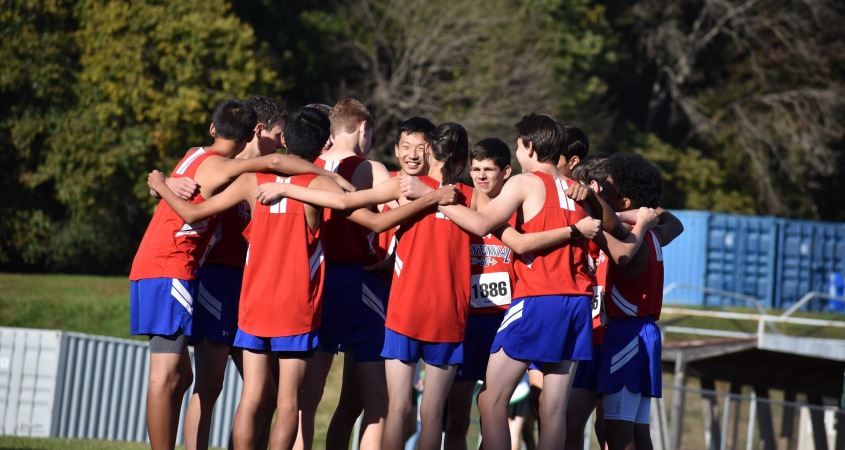 On Wednesday afternoon, October 24, cross country runners throughout the county were ready to take on the hilly, three-mile course at Centennial High School for the Howard County Cross Country Championships.

The Centennial boys team ended up taking third place with a score of 86 points, and the Centennial girls team scored 61 points, earning them second place.

For the girls, seniors Cora Blount and Alison Betler and sophomore Katerina Talanova represented Centennial well in the Girls Varsity A Race, all finishing in the top ten. Blount finished fifth with a time of 19:32.23, while Betler placed sixth with a time of 19:36.79. Talanova came in ninth at 20:06.95.

The boys team had two finishers in the top ten of the Boys Varsity A Race.  Sophomore Jacob Cole placed eighth after finishing at 16:29.14, and senior Justin Ziegler finished ninth with a time of 16:33.88.

Both the boys and girls cross country team look to carry the momentum of their excellent performance at the counties to the 3A Regional Meet on November 1. 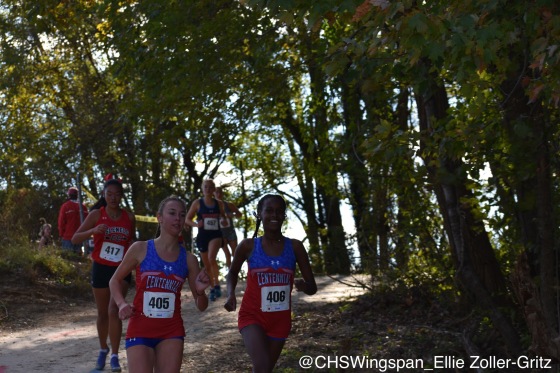 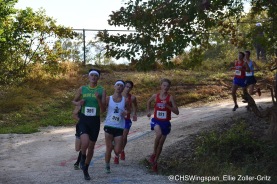 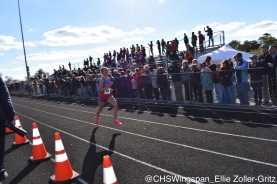 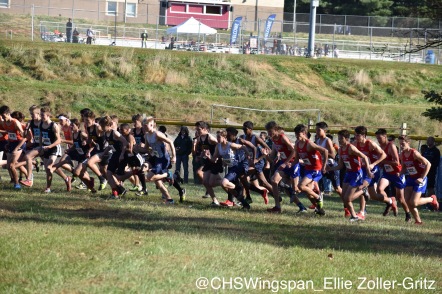 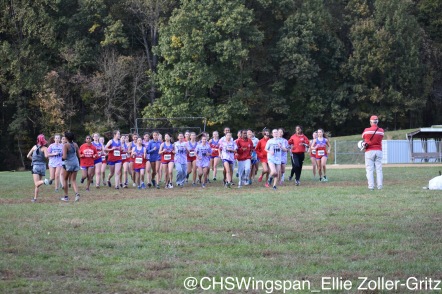 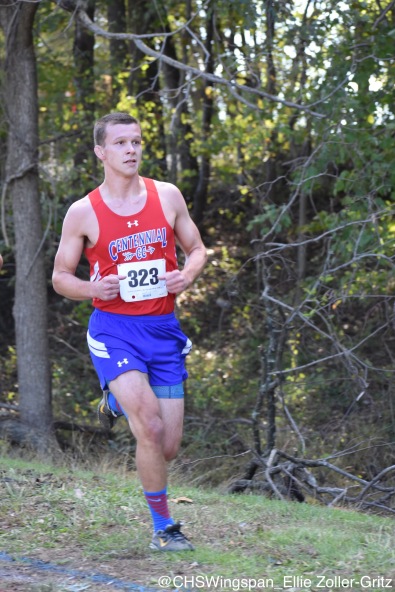 Seven out of the 35 high schools that participated were from Howard County. In the 3 Mile Varsity Men’s Race, Centennial High School finished in fifth place and senior Daniel Gao finished in twenty second place out of the 195 participants.

Golf: Both the boys’ and girls’ golf team are enjoying a successful season, and they each added another win to their record on September 26.  The boys are 7-3, and the girls have an outstanding record of 8-2.

Football: The football team lost to River Hill at home on September 26.  This loss brings their record to 0-4.  The JV team also has a record of 0-4.

Soccer: The Varsity Centennial boys’ soccer team beat Oakland Mills 2-1 on September 23.  The JV team also played Oakland Mills and dominated the game with a victory of 8-0.  Their records are 2-3 and 3-0-2 respectively.  The girls’ Varsity team currently has a winning in-county record after recording a W against Oakland Mills which brought their record to 3-2.  The JV girls’ team has a record of 1-3-1.  The Allied soccer team has played against River Hill, Glenelg, and Atholton.  Their next game is at Hammond.

Field Hockey:  On September 26, the Eagles beat the Long Reach Lightning at home, bringing their record up to 3-2.

Cross Country: The cross country teams ran at Bull Run on September 26.  Two girls placed in the top 25 in the girls’ Elite group.  Shreya Nalubola came in second with a time of 19:15, and Devin McIntyre came in seventh after running the course in 20:09.  In the boys’ race, Will Jackson was the only runner from Centennial to place in the top 25 for the boys’ Large group, and he placed twenty-second with a time of 18:10.9.

Scores and records based off of CountySportsZone.com, mdtiming.com and information provided by team members.

On Tuesday, Oct. 22, the Howard County cross-country championships were held at Centennial. Runners representing each school in the county gathered to compete in the races.

The first race that took place was the boys’ varsity race, where the Centennial boys came in second place, behind Mt. Hebron. The boys were led by senior Hutson Baumann, who came in fifth place overall. Cross-country boys coach Alan Dodds was happy with his team’s performance. “I thought it was good. Hebron is a very good team,” he said. “They put three runners in the top ten, which is really hard to overcome. We were fighting for second place.” The Eagles edged out the River Hill Hawks by one point to take second in the county, which was propelled by having five out of seven varsity runners place in the top 25.

It was also a productive afternoon for the girls’ team, who took home the county title this year after coming in second last year. Junior Shreya Nalubola won the race for a second straight year, beating her time of last year by almost 30 seconds. Sophomores Devin McIntyre and Ally Driscoll came in fourth and sixth place respectively, and freshman Kara Taylor rounded out the top ten.

It has been a strong season for the girls, with wins at the Spiked Shoe Invitational, Barnhart Invitational, and the Georgetown Prep Invitational; the team seemed ready for the big race on Tuesday. With six out of seven runners in the top 15, their performance was no match for the rest of the county, and they prevailed by a large point margin of 34.

Both the boys and girls’ teams are now preparing for the regional meet held at Centennial next week.