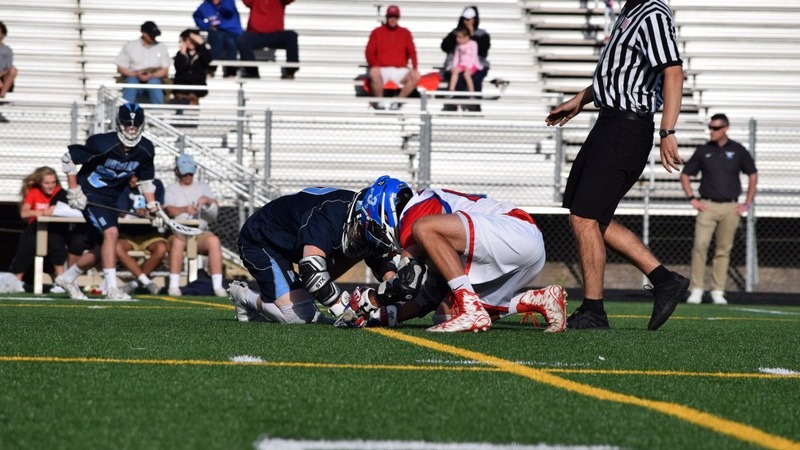 On Tuesday, May 2, the Centennial Eagles Boys’ Lacrosse team had an exhilarating 6-4 win over Howard High School on Senior Night. Seniors Mason Smith, Josiah Gavlin, Tommy Kolp, and Michael Klein were escorted by members of their family to the center of the field and took a group photo with the coaching staff.

The game began with an early goal from sophomore Peter Krawczyk, giving the Eagles an extra confidence boost. Though the game went back and forth, the Eagles’ offense, led by junior Jeremy Wilson and Krawczyk  gave the Eagles an offensive edge.

The defense also performed extremely well, only letting in four goals. Junior goalkeeper Jack Schlossberg and the team’s defense contributed to the win.

The team’s next game is on Friday, May 5, at River Hill. 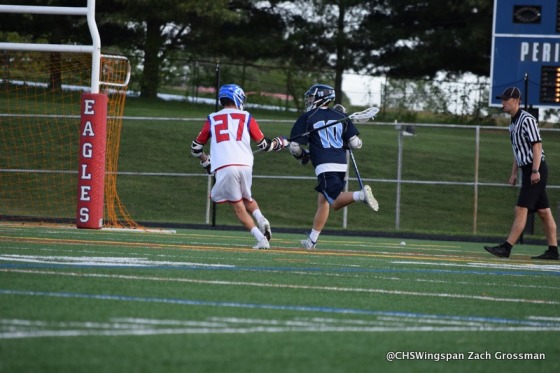 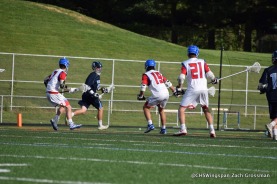 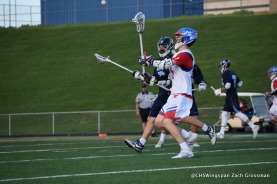 On September 4, the Varsity Football team played their last game of the season against the Glenelg Gladiators.

All seniors were honored and walked across the field with their families.

Junior running back Corey Eudell came out strong in the first quarter and rushed for touchdown to really set the tone on offense. However there was drought for scoring until senior Elijah White returned a kickoff for a touchdown.

The team finished with a 1-9 record an improvement from the previous two years.

On Friday, November 6, the Centennial football team took the field for the final team in the 2015 season on the road against the Glenelg Gladiators.

Although the team put up a great fight, the Gladiators came out on top 49-6.

Junior Mike Klein found the end zone for the lone score of the game.

Even though the team went 0-10 on the season, they showed significant improvement from a year ago, a testament to all the hard work that they put in over the course of the offseason. It is clear that the groundwork has been laid for success in the years to come.

On Friday, October 30, the Centennial football team took on Wilde Lake for the 2015 Senior Night football game. At the game, the senior football players, marching band members, color guard, cheerleaders, and drill team were all honored for their participation in their respective program.

Even though the Eagles fought hard, the Wildecats came away with a 35-17 win.

The Eagles next game is away against Glenelg on November 6. 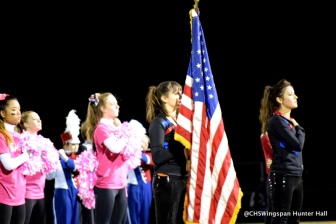 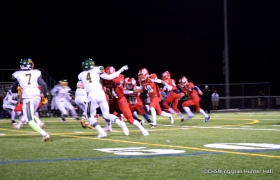 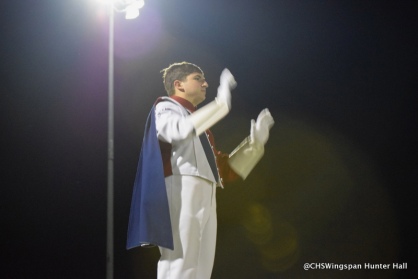 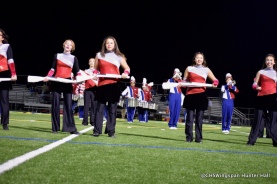 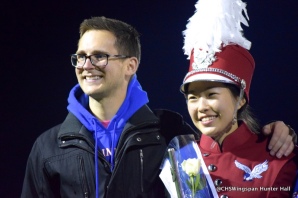 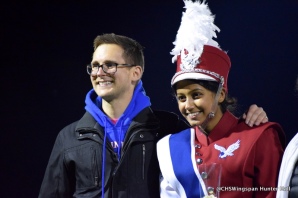 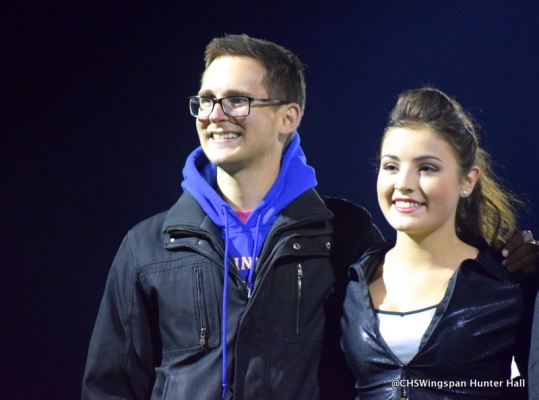 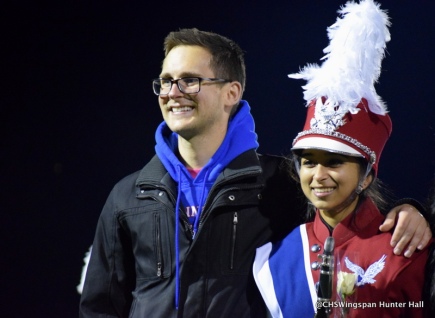 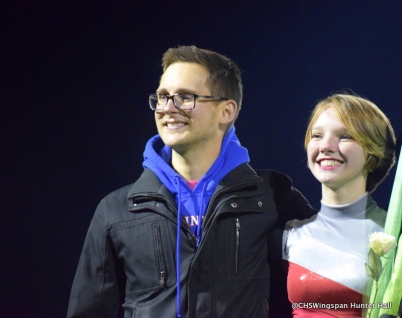 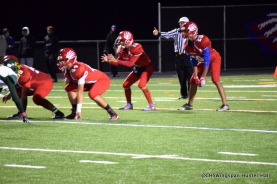 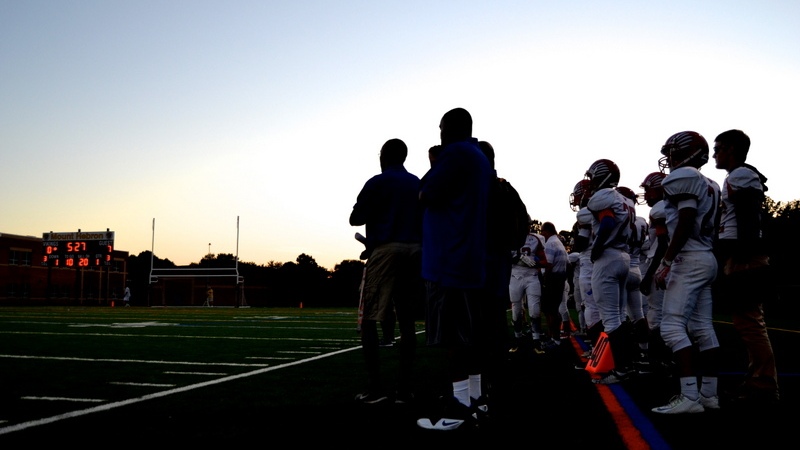 On Friday, September 11, the Centennial football team traveled north of Rt. 40 to take on rival Mount Hebron in one of the most anticipated games of the year.

The first quarter was tied at zero until an interception deep in Mount Hebron territory gave the Eagles great field position. A few plays later, junior quarterback Matt Shoenberger found senior Kyle Taylor for the first touchdown of the game. The Eagles’ sideline blew up and the crowd was given new life.

In the second quarter, the Eagles held onto their lead as long as they could, but Mount Hebron found the end zone with a little under eight minutes left in the half.

The game was tied until the Eagles defense made a great play deep in their own territory and pinned Hebron back near their goal line. On the ensuing punt, the Eagles blocked the ball, and recovered it in the end zone for the leading touchdown.

The extra point snap was too high for the holder and the Eagles walked into halftime leading 13-7.

The second half started with Hebron receiving the ball. The Eagles made a defensive stand but couldn’t get the ball into the end zone during their next possession. Hebron ended up finding the end zone and they took a one point lead going into the final quarter.

In the fourth quarter, the Eagles suffered a major loss. Shoenberger was leaving the pocket when he was tackled hard from behind. He was taken to the sideline, and left the game with a broken collarbone.

So, it was left to quarterbacks Cameron Neilon, a senior, and Michael Klein, a junior. Klein came in late to the game and tried to get the offense to generate plays. However, the Vikings made a stand and escaped with a one point win.

Seniors David Phelps, Miguel Almeida, Austin Kraisser, and Brian Johnson all played very well and gave it their all. Junior Mason Smith also played a nice game for the Eagles. Their next game is against Oakland Mills on September 18 at home. 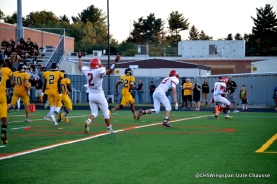